Dangerously Sexy Secret by Stefanie London: What had sent her best 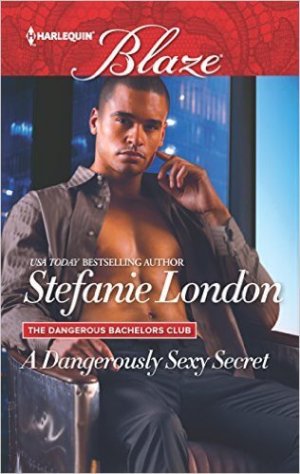 friend scrambling back to their small town? Who had destroyed her hopes and dreams?

Rhys Glover was a by the book kind of a guy. He knew there was black and there was white and when you were somewhere in between you were no where and to some you were nothing. He was going to be perfect though, then he would be seen, be noticed and finally be someone.

When Wren walked into his life though he hadn’t realized just how messy life could be or how much he would like it. The bigger question was how much could he take before it became too much.

This was a surprise success. Going into this novel sexy was expected and it delivered more than promised. It also delivered a twisting delightful plot that keeps the reader enthralled from beginning to end. It is not always pretty and does touch on a pretty dirty, deep and depressing subject but when the light shines through it shines so brightly that is proves there is light at the end of the tunnel. This is one of those stories that you will keep returning to over and over for your feel good as well as for your hot and sweaty.

Coming soon! A Dangerously Sexy Secret by Stefanie London will be available Sep 20, 2016.

2 Responses to “REVIEW: A Dangerously Sexy Secret by Stefanie London”