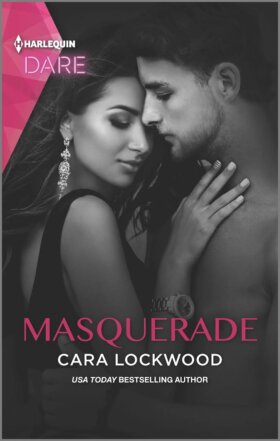 no matter the cost. So when she hears about an exclusive members only underground club, Asha just must join if only it were that easy.

Having already being turned down due to her colour Asha is not put off in the least in fact this only makes her all that more determined to join the club. So much so that she finds herself face to face with charming Frenchman Mathis Durand. As the two find themselves heating up ballrooms across Europe, Mathis must ask himself is the spoiled heiress just a passing phase or could they be more to their chemistry?

I was on the fence for much of this book, not completely sold on it but also not wanting to write it of as a DNF. I think the thing that I was not to sold on were the two main characters. The major thing for me was that Mathis was not as much of an alpha as we were lead to believe, I just felt as though he was a bit of a pushover. As for Asha, no I love a strong female lead but not so much a whiney one, and that was what Asha came off as.

Nevertheless I would still suggest reading this book and deciding for yourself if it was a hit or miss, for me it was more middle of the road not one I will be reminiscing about in days to come.

Asha Patel has a reputation for always getting what—and who—she wants. The moment the heiress and desi bombshell discovers the existence of the exclusive old-world Sphinx Society, Asha knows that she’s found yet another club that doesn’t want her. Which only makes her more determined to join.

Of course, Mathis Durand isn’t exactly compliant. In fact, the gorgeous, delectably sexy French host treats Asha like just another spoiled, gauche American socialite. One who certainly needs a lesson in manners. Or maybe a spanking. But Asha knows how to deal with men like Mathis Durand: with a tantalizingly deep kiss that promises more…

The moment her lips meet Durand’s, Asha is lost in a white-hot rush of pure lust, exposing only an unquenchable need for more, more and even more. Now it’s a dangerously sensual tango across the ballrooms of Europe, each masquerade ball a challenge that Asha can’t resist.

For Durand won’t be satisfied until she’s offered herself to him, body, mind and soul. And worse, it might just be a cost that Asha is willing to pay…