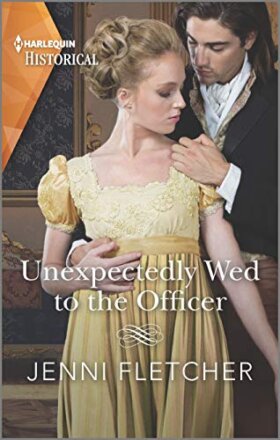 series but can certainly be read as a stand-alone. It was a lighthearted, charming romance that was perfect to end the year with. It was paced perfectly, and the storyline was interesting. We met Henrietta in the first book where she is introduced as Anna Fortini’s assistant at Belles, the famous biscuit shop. After Anna got married, she promoted Henrietta to the shop manager position which led us into this book.

Henrietta Gardiner had a scandal in her past due to her naivety and now she is wary of men and their intentions. She does not want to be judged by her beauty but by her actions and her true self. Besides managing the shop, she has been caring for her nephews since they recently lost their mother. David’s, her brother, grief has caused him to drown himself in alcohol and lose his job. Finding the boys fending for themselves one night she takes them back to the shop to watch them for the night. Only to discover the next morning he has left town and abandoned the boys. She was heartbroken by David’s actions, but she must take care of the children. After finding someone to help in the shop, Henrietta decided to accept Sebastian’s offer to travel with him to see his mom.

Sebastian Fortini has just returned home to Bath after spending several years in the navy. His family’s letters had not caught up with him yet, so he had no idea of the changes that had occurred. Knowing how Anna, his sister, felt about the aristocracy he was surprised she had married an earl. Even more surprising was the fact his mother had reunited with her family that had disowned her when she married Sebastian’s father. He had come home thinking to help his family in the shop since the war was over and the navy had no need for him. Only to discover his help was not needed at the shop, which left him perplexed about his future. He needed to go see his mother and sister, but he also wanted to help Henrietta. With no luck finding David in Bath, he decides to ask Henrietta and the boys to travel with him. His affection for Henrietta and the boys grew and soon he was proposing marriage. David’s return and a few misunderstandings threaten their marriage but also force them to face their true feelings.

This was the perfect book to start the new year off with some cheerfulness. It was well written and easy to read. The characters were charming, sincere, and so easy to connect with. The author introduces Belinda, the heroine of the next book, as an intriguing female on the run from someone. I hope the author will write Nancy’s story in the future and maybe it will include the charming James Redbourne.

With a scandal in her past, shopkeeper Henrietta Gardiner has become wary of men, including her friend’s brother, dashing officer Sebastian Fortini. When Henrietta is called upon to take in her three young nephews, Sebastian is on hand to help her, even offering a convenient marriage as a solution! Henrietta starts to realize her new husband’s carefree exterior hides a more intriguing interior…but where will that leave their hasty marriage?