A heartwarming romance about what it takes to bring a little holiday spirit to the grinchiest of skeptics—and how one small town with an abundance of Christmas magic can bring two people together. 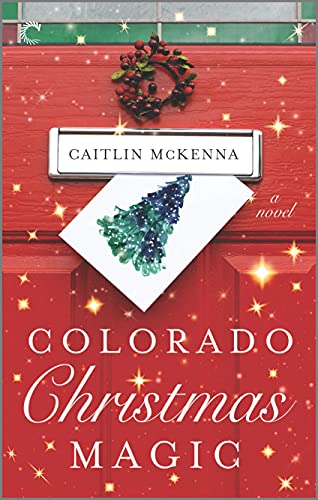 Christmas is not the most wonderful time of the year for Charley Dawson. After writing a column suggesting readers cancel Christmas, she’s sent on assignment to St. Nicholas, Colorado, home of the Scrooge Legend. The legend says that any “Scrooge” who enters the town will end up loving Christmas as much as Santa does. She’ll go, she’ll prove the myth wrong, she’ll have a fantastic new column. Easy as mincemeat pie.

Detective Jack Brody assumed the Scrooge Legend was just that—a legend. A free stay in the picturesque town seems too good to be true, so he heads to St. Nicholas to investigate. Once there, he finds a winter wonderland, a group of kind but suspiciously closemouthed townspeople…and his high school sweetheart, Charley. He’s more than happy to team up with her, especially when it might mean a second chance with the only woman he’s ever loved.

As Charley and Jack go dashing through the snow to find the truth, they rediscover all the reasons they were a great couple. Of course, in the town of St. Nicholas, Colorado, there are plenty of someone’s little helpers to bring people together with comfort and joy when they need it most…

Excerpt. ©Caitlin McKenna. Posted by arrangement with the publisher. All rights reserved.

Giveaway: One (1) mass market paperback copy of COLORADO CHRISTMAS MAGIC by Caitlin McKenna (Shipping is limited to continental US and Canadian mailing addresses).

Ever since she can remember, Caitlin McKenna has always loved a good story. Naturally, she landed Hollywood where she embarked on an acting and screenwriting career. Now she enjoys writing any story where love drives the narrative. Caitlin lives with her husband and two spoiled dachshunds in Southern California, and is working on her next novel.

« REVIEW: How to Marry Keanu Reeves in 90 Days by K.M. Jackson
Spotlight & Giveaway: Proof of Their One Hot Night by Emmy Grayson »