Today it is my pleasure to Welcome author Jamie K. Schmidt to HJ!

Hi Jamie and welcome to HJ! We’re so excited to chat with you about your new release, The Cowboy’s Daughter! 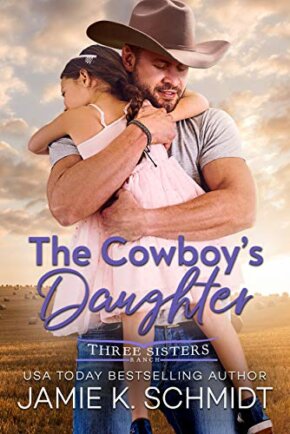 Kelly Sullivan is a professional photographer and a single mom of five-year-old, Alissa. She had been kicked out of her home by her father because she wouldn’t name her daughter’s father and moved away from Last Stand, Texas to be with her aunt in New York. But when her father’s call for help sends her back home, she faces more than just losing her childhood home. She comes back in contact with Alissa’s father. The man who ghosted her when she needed him the most.

When Trent Campbell’s career ending ride on Corazon del Diablo resulted in being in and out of hospitals, he longed to have the escape of talking with the one woman who had touched his heart. After losing his phone and relying on his manager for day-to-day assistance, one of Trent’s biggest regret is that he never got Kelly’s last name or more information to track her down. When he finds himself back in Last Stand to open up a bull riding school, he’s overjoyed that Kelly is in town as well. The chemistry between them is still strong and he’s looking forward to picking up where they left off five years ago.

Except there are secrets and misunderstandings that will complicate that.

Kelly Sullivan knew she was nitpicking about what filter to use for the engagement photo she was processing. The bride wouldn’t be able to tell the difference between the gradients, but fussing over the nearly perfect picture kept Kelly from thinking about the message her father had left on her phone.
Come home one last time. We’re selling the ranch. We can’t keep up with the bills.

The Cowboy’s Daughter was my original title, but the Tule team and I had considered naming the book, The Eight Second Family instead. However, once we saw the cover that Lee Hyat did, we decided to keep the title as is because the cover was gorgeous and fit the book and the title.

While I was writing the book, I watched a lot of YouTube videos of PBR events and I developed a crush on bullfighter Jesse Byrne. My favorite videos of him are when he helps save his brother, bullrider Tanner Byrne from angry bulls. Here’s one sample:

There’s definitely a story in there about bull riding and bull fighting brothers and the women who love them.

Here’s the playlist I put together while I wrote the Three Sisters Ranch books:

Kelly was always “Daddy’s girl.” It was interesting to explore how she fell from grace in her father’s eyes, when it was really her father’s failure to support her that defined their relationship after Alissa was born.

Trent was a wild child who earned a lot of money when he was younger and went crazy. He only realizes how shallow his life was after it was all taken away from him in less than eight seconds.

I would use the scene where Trent and Kelly meet up again after five years. During that time, a lot of things have happened and a lot of misunderstandings were made. In this scene, one of the biggest misunderstandings is about to be busted right out into the open.

He smiled at her and she was transported back to her twenty-second birthday, when that same roguish grin had her good intentions dropping almost as fast as her panties.
She shook herself out of her daze. Trent Campbell was sexy as hell, but she knew from personal experience that he was a love ’em and leave ’em type.
“Remember me?” Trent whispered into her ear, as they swayed to the jukebox.
Kelly forced down a hysterical giggle. Only every time I look into your daughter’s eyes. “Yeah, I seem to recall seeing you around here a few times.” He smelled like expensive cologne and she wanted to burrow her face in his chest and lick every inch of him. She hoped that was the liquor talking, but she had a notion that she’d be feeling the same way even without the tequila.
“My name is Trent Campbell.” He held her tight against him. It was getting hard to think straight. It felt so good to be in his arms, like she could let go of every problem and he’d take care of them for her.
“I know. I was just teasing,” she said, catching her breath when he nuzzled her cheek. “I have very fond memories of being with you.”
He rubbed against her and she felt how hard he was.
“Very fond,” she whispered. Should she tell him? Would he ask? Kelly swallowed hard. If he asked, she would tell him about his daughter. If he didn’t, he didn’t deserve to know.
“I’ve been looking for you. Where have you been?” Trent brushed a kiss against her temple.
“You had my number,” she said shakily.
“My phone was stolen.”
Kelly tensed. “When?”
“A couple of months after I saw you.”
Well, that explained why he hadn’t picked up his phone when she’d called after she’d peed on the stick and found out she was pregnant. “But you got my messages, right?”
“Not a one.”
She stumbled and gripped him in a panic.
“You all right, darlin’?”
No. She wasn’t all right. Was he putting her on? “Your manager, what’s his name?”
“Billy? Billy King?”
“Yeah,” she said. “I called him looking for you.”
He drew back in surprise and smiled at her. “You did?”
Nodding, she stared into his eyes. They were happy, not a shade of realization in them that she’d had his daughter.
“I’m sorry, but he never told me. To be fair, I was in a bad place. They thought I’d be in a wheelchair for the rest of my life.”

I want people to be entertained, to escape from their problems, or get away from it all for a short time while they read about Kelly and Trent’s second chance at love.

I’m currently working on the edits for book two, tentatively entitled, “The Cowboy’s Hunt,” which is Kelly’s sister Emily’s romance with Donovan Link, a hunter who is also leasing land from their father. That’s coming out in October. I’m also finishing up the third book in the Three Sisters Ranch series, tentatively titled “The Cowboy’s Heart,” which is scheduled to be released in November.

To enter Giveaway: Please complete the Rafflecopter form and Post a comment to this Q: Have you ever been to a rodeo or a PBR event? If so, what was your favorite part? If not, what event would you like to experience?

Excerpt from The Cowboy’s Daughter:

She’s moved home, but can she move on?

One night with professional bull rider Trent Campbell had been everything that Kelly Sullivan had fantasized about. Unfortunately, it cost her everything. When she became pregnant, her father threw her out because she wouldn’t tell him the baby’s father was his rodeo hero—the hero who ghosted her when she tried so many times to tell him about their daughter.

Trent Campbell never forgot the best night of his life. It was what kept him going when a 2,000-lbs bull ended his career and almost his life. Throughout his long recovery, thinking of Kelly and wishing he still had his stolen phone so he could contact her, were what got him through the tough days—that, and his bull-headed stubbornness that he’d not only walk again, he’d ride.

When Kelly returns to Last Stand, Texas, in a last-ditch effort to keep her family from selling the Three Sisters Ranch, she has a plan to make her father proud of her again by turning part of the land into a portrait studio location. Her father, however, has already temporary leased Trent some land for a rodeo school. Kelly and Trent still have the same explosive chemistry, but now the stakes are higher. If she lets Trent into her life, it won’t only be her heart he breaks this time if he leaves, it will be their daughter’s. 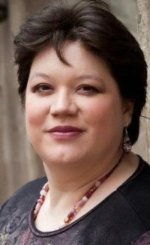 « REVIEW: Hot Under the Collar by Roxanne St. Claire
Spotlight & Giveaway: For His Pleasure by Shelly Bell »