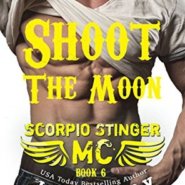 Shoot the Moon by Jani Kay, the sixth book in the Scorpio Stinger MC series, is Razor and Lexi’s story. Razor has made no secret he wants to be with Lexi, only Lexi is too busy pining after Ryder, the VP of the club and her cousin Jade’s fiancé, to notice. […]

Last Mile by Katie Ashley: Bishop grew up in the Hells Raiders MC and being a biker is all he’s ever known. He fully supports the club’s direction to go straight and he’s making plans for his own future to be more than a mechanic. 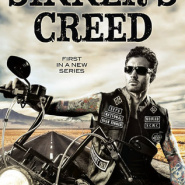 Sinner’s Creed (Sinner’s Creed MC #1) by Kim Jones is the amazing first book in the Sinner’s Creed MC. This story has it all, hot bikers, angst, hardship and love. This is the story if Dirk and Saylor. Dirk is a shadow, he is a nomad, the man that you […] 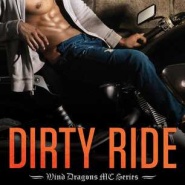 Dirty Ride (Wind Dragons MC #3.5) by Chantal Fernando is the first MC book that I have read in this series. It is a very quick, sit down in an afternoon and read it novella, but it packs a punch and can be read as a stand alone […] 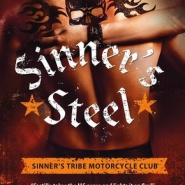 Sinner’s Steel by Sarah Castille: Best friend’s since they were young, Zane and Evie admitted their love for one another nine years ago on their first and last night together. Now, Evie has fixed her broken heart from Zane’s disappearance, and Zane has only gotten colder as Vice President of his […] 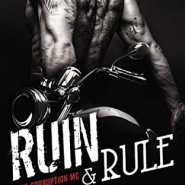 Ruin & Rule by Pepper Winters: Taken by an MC and with no memory, our heroine is left only to her wits and the knowledge that she knows the MC President, Kill. She doesn’t know how or why, just that she does, even as Kill refuses to acknowledge that she […] 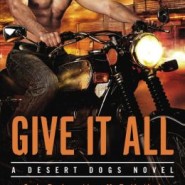 REVIEW: Give It All by Cara McKenna

In Give It All (Desert Dogs #2) by Cara McKenna, Raina Harper grew up in her father’s bar, so being the sole owner now that he’s gone is only fitting. But her small town of Fortuity, Nevada isn’t as welcoming as it once was, now that there is a killer […]