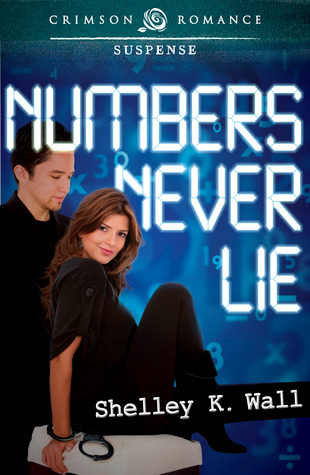 Sophie Henderson, manager of a software-development team, starts what appears to be a routine project at work. She ends up hiding from her staff, her friends, and the person who is trying to stop her from delving further into discrepancies in the accounting system.

Trevan Prater (AKA Trevor Adams) has been assigned to delve into an embezzlement scheme at a large government contractor. As an FBI investigator, he’s used to working such cases. A chance encounter lands him front and center with Sophie, one of the lead suspects. Now he’s not only investigating her, but also pretending to be the consultant from whom she needs help.

The more his team digs into the data she gives him, the guiltier she appears. Unfortunately, the longer he’s with her, the more attracted he becomes.

This was one of those reads that had it all; a heavy dose of suspense that kept me glued to the edge of my seat, enough action to make me want to scream out load and a lovely touch of mystery and romance.

Having never read a book by this author before but being a fan of suspense novels I took the bait when asked to review this one. The characters were fun and I really liked reading about them. The author captured my attention from the start and did a stunning job at keeping it.

When asked to describe this one there are many words that come to mind action packed, passion filled, stunning, fabulous the list goes on and on and yet none of those feel like they do the book justice.

I recommend this one for everyone and anyone, you will not be disappointed. Think John Grisham meets romance with a twist with a touch of Mission Impossible! 🙂

One Response to “Numbers Never Lie by Shelley K. Wall”