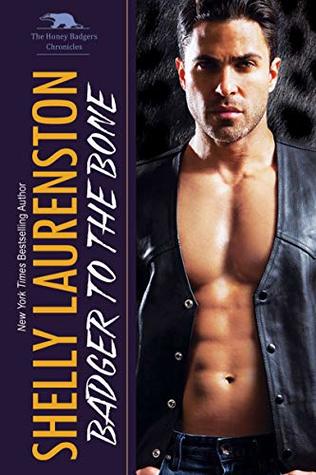 This has got to stop. Max “Kill It Again” MacKilligan’s crazy cousin Mairi MacKilligan is attacking her again. She doesn’t even know why Mairi hates her so much but enough is enough. Getting hit with a crowbar several times hurts. Then the blows stopped coming when Max hears rifle shots. Several shots hit Mairi in the chest and stomach. Not enough to kill a honey badger but enough to stop her temporarily. Yay! Her backup kicked in. Now to get down to business. Max runs up to the white van chock full of ex-military guys planning to kidnap her. She jumps in and yanks the black hood waiting for her over her head and tells them, “Go! Go!” And that’s how Max meets Ze’. The fun is just beginning.

Zeze’ Vargus’ assignment is to take down Patowski’s mercenary group, hired killers, which is creating havoc all around the world. Patowski and his group have been hired by Devon Martin to kidnap Max. Devon thinks Max will be great leverage against her imprisoned mother Renny Yang. Devon believes Renny has the money from the last robbery they committed together. After the slaughter where Patowski and crew met their match in Max and her team Max decides to bring home a very knocked out Ze’ along with her and her team because he tried to save her. Ze’ finds himself in Queens in the rental house of the MacKilliagn sisters. What he never knew before is that he is a shifter. How could he not know this? His grandfather who raised him after the death of his mother and grandmother never told him this which means his grandfather has a lot of explaining to do. First things first though. He has to figure out where he goes from here if he even believes he is really a shifter. And how about that Max woman? Beautiful and hot!

Crazy, zany, super humerous, comedy madness! I laughed so much while I was reading this. There’s tons of fun, snarky dialogue and lots of baking going on. I love the interaction amongst the MacKilligan sisters, Charlie, Max and Stevie. There’s lots of action, twists and turns and plenty of surprises too. It was great to see so many characters from previous books in the series and other Shelly Laurenston series too like The Group’s Dee-Ann Smith and Cella Malone, the crazy shifter Blaine with her spastic dance moves, Charlie’s bear shifter mate Berg and his triplet sister and brother, and Stevie’s panda shifter mate Shen still munching on bamboo shoots all the time and many more. I loved this book!

She’s the woman he’s been hired to kidnap. But ZeZé Vargas has other ideas . . . like getting them both out of this nightmare alive. Just one problem. She’s crazy. Certifiably. Because while he’s plotting their escape, the petite Asian beauty is plotting something much more deadly . . .

Max “Kill It Again” MacKilligan has no idea what one of her own is doing with all these criminal humans until she realizes that Zé has no idea who or what he is. Or exactly how much power he truly has.

But Max is more than happy to bring this handsome jaguar shifter into her world and show him everything he’s been missing out on. A move that might be the dumbest thing she’s ever done once she realizes how far her enemies will go to wipe her out. Too bad for them Zé is willing to do whatever it takes to keep her alive . . . and honey badgers are just so damn hard to kill!

« REVIEW: Her One Night Proposal by Katherine Garbera
Spotlight & Giveaway: You Deserve Each Other by Sarah Hogle »

4 Responses to “REVIEW: Badger to the Bone by Shelly Laurenston”