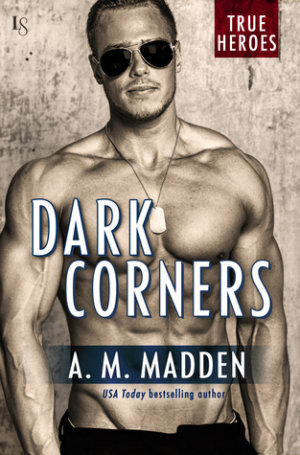 has achieved so much since breaking away from her overprotective father. She has a great job, loyal friends, but there’s one thing missing – a relationship with Mr. Right. Bumping into David Cavello seems like a step in the right direction until she learns his reasons for getting close to her. Can David keep her safe, or will she find herself caught by a psycho determined to end her life?

I laughed at his persistence. “Wow, that’s smooth. Is this your normal method of picking up girls? Knock them on their ass and then rescue them with dry cleaning?”

Having been introduced to David in the second book of this series where his sister was the heroine, I couldn’t wait to read more about the former soldier that has been to hell and back in his career and still struggles to deal with everything he’s lived through. The way this story started had me – as a reader – hooked immediately due to the nightmare situation David is facing and the fact that he’s lucky he doesn’t lose it completely to the point where he ends up hurting someone. Can he control his anger towards his past?

With the dialogue, Ms. Madden has a way of captivating my attention with the high level of suspense in her books, the plot twists that continued to take me by surprise (which there were a few in this book), and the growing relationship between her main characters that had me cheering for this couple’s happy ever after. Because no one deserved a forever relationship more than David, as he’s a man that’s been through so much and doesn’t deserve to continue to suffer from what happened to him during his time in the Army.

Both the main characters were wonderful. For such a brooding hero, David can be quite playful when it comes to conversing with Maygen. She brings out the best in him and the way she gets him to open up proves that he can overcome his past. Maybe not enough that his post-traumatic stress won’t continue to be a problem; but overcome it enough that he can function amongst a crowd without a problem. Then there’s the way David is such a control freak, and I liked when the heroine stood up to him. No way was she going to make things easy for him in the beginning, especially when he said such outrageous things to get a reaction out of her.

She narrowed her eyes and shook her head in mock disgust. “Mr. Control Freak is back.”
I stood, forcing her to angle her head to look at my face. “Don’t knock it, baby. You may like it.”
“It?”
“Being controlled.”

As for Maygen, she’s hard-working, intelligent and I liked how determined she was to prove to her father that he doesn’t need to be so overprotective of her. She’s also strong and brave with everything she faces, and I could certainly empathize with her when she learned the truth about David and his reason for getting close to her. Those she trusted were keeping secrets that led her right into danger. What if she’d been better prepared and knew about the danger she was facing? Would David’s deception have hurt less?

Overall, this third book of Ms. Madden’s True Heroes series was a really good read that encompasses a strong romance, which proved a brooding hero can overcome his past when he finds the right woman. The way this story ended was intense and took me completely by surprise with what happens to Maygen as well as what she learns about her mother’s death and her family. However, it was the epilogue that wrapped this story up nicely. David has finally found the right balance for his life – enough love and happiness to combat the darkness – and there’s no way he’s going to let Maygen go. I would recommend Dark Corners by AM Madden, if you enjoy romantic suspense or the sexy protector trope.

A real hero can protect and serve, but a true hero knows how to love.

David Cavello is no longer in uniform, but the memories of combat still haunt his every waking moment. Driven to protect and serve, he accepts an undercover job he has to keep hidden from everyone. But David’s mission goes against orders the second he makes contact with gorgeous and spirited Maygen Whitney. The intense attraction he feels for Maygen drives him crazy—almost as crazy as he feels about hiding information from her.

After growing up with an overprotective father, Maygen feels like she’s finally claiming her independence. Sure, she’s been lonely, but David seems to make all her dreams come deliciously true—until the sting of betrayal sends her world spiraling. Now Maygen’s caught in a tragic web of lies, leaving her more vulnerable than ever to an enemy hidden in the shadows. But when Maygen most needs a hero, David leaps into action—intent on doing whatever it takes to save the woman he loves.