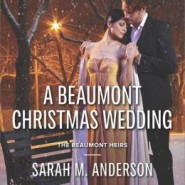 A Beaumont Christmas Wedding (The Beaumont Heirs #3) by Sarah M. Anderson is just the ticket to kick off the Holiday Season. It was a story of acceptance, and finding love. It is a story about leaving the past in the past and realizing that it is ok to not be […] 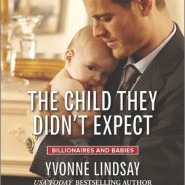 REVIEW: The Child They Didn’t Expect by Yvonne Lindsay

In The Child They Didn’t Expect by Yvonne Lindsay, Alison Carter and Ronin Marshall meet in Hawaii while on vacation and spend a steamy night together. In the morning Ronin leaves in a hurry without saying anything when he gets to know  about the death of his sister and brother […] 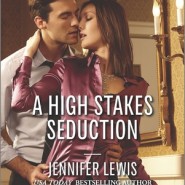 In A High Stakes Seduction by Jennifer Lewis, Constance Allen is an aboveboard accountant at New Dawn casino’s finances. She wants to do her job right and needs no distractions in her life but the millionaire owner is determined to seduce the socks off her. Now the conflict of interest […] 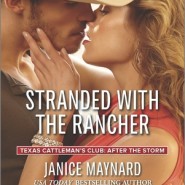 REVIEW: Stranded with the Rancher by Janice Maynard

Stranded with the Rancher by Janice Maynard is the first part in the Texas Cattleman’s Club: After the Storm series. This is a spin off from the Texas Cattleman Club. Billionaire horse breeder Drew Farrell day starts with the usual argument with his neighbor Beth Andrews. Their argument soon ends when […] 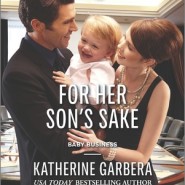 REVIEW: For Her Son’s Sake by Katherine Garbera

In For Her Son’s Sake by Katherine Garbera is the third and final part in the Baby Business trilogy and can be easily read as a stand alone. Gaming tycoon Kell Montrose is buying out the company of his family’s bitterest rivals and giving its CEO, Emma Chandler, the axe. […] 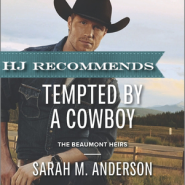 REVIEW: Tempted by a Cowboy by Sarah M. Anderson

Tempted by a Cowboy by Sarah M. Anderson is the second part in the The Beaumont Heirs and can be easily read as a standalone. Philip Beaumont is an alcoholic and a playboy rolled into one. He is surprised when his new horse trainer, Jo Spears does not swoon or fall […] 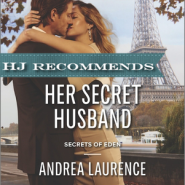 Her Secret Husband by Andrea Laurence is the fourth and final part of Secrets Of Eden and it is recommended to read the previous books for a better understanding of this one. Heath Langston eloped with Julianne Eden years ago when their parents did not approve of their relationship. But when […] 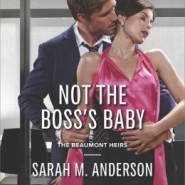 REVIEW: Not the Boss’s Baby by Sarah M. Anderson

Not the Boss’s Baby by Sarah M. Anderson is the first part in The Beaumont Heirs series. This story is about the oldest son, Chadwick Beaumont who has given up a lot for the Beaumont company and is completely dedicated to his job. A lot of people depend on him and […] 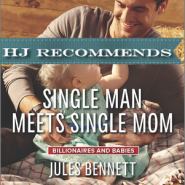 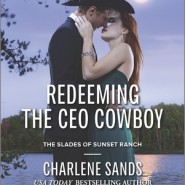 In Redeeming the CEO Cowboy (The Slades of Sunset Ranch #4) by Charlene Sands, former rodeo champion Casey Thomas is now a successful CEO of a construction company. He is living next door to Susanna Hart who is busy running her Sweet Susie’s pastry business and raising her two-year-old cousin. […]