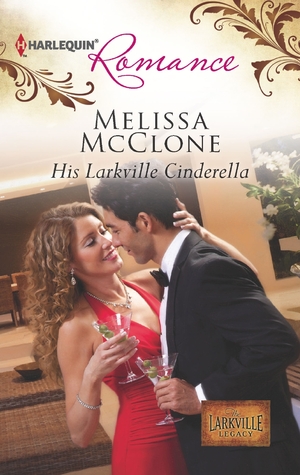 His Larkville Cinderella by Melissa McClone

The small-town girl with big dreams has finally reached Hollywood! For years, costume designer Megan Calhoun has longed to be seen for who she is, not who she isn’t. But under the gaze of A-list heartthrob Adam Noble, this Cinderella begins to step out of the shadows….

Adam hides from his painful past behind every role he plays. But something in Megan is threatening to smash apart this carefully constructed facade. Will he finally take his biggest risk…throw away the script and open his heart?

His Larkville Cinderella is a charmingly fun read about two unlikely people meeting in tinsletown and falling in Love.

When Megan arrives in Hollywood as a lowly design intern, her goals are to keep her head down and work hard so that she can land herself a job in Hollywood.
Adam noble is a rising star and Tinsletown’s current golden boy.

Adam and Megan strike an unlikely friendship. Megan is down to earth gal a rarity in Hollywood; what starts out as friendship between the two quickly blossoms into lust.

Adam wants a fling while Megan dreams of marriage and commitment. The attraction between them is undeniably strong, they know they are completely wrong for each other but can’t keep their hands off each other either.

His Larkville Cinderella is a modern twist to the age old fairy tale with great characters and an engaging storyline. A perfect addition to the Larkville Series.