The Tycoon’s Fiancee Deal by Katherine Garbera: Needed one fake fiancée to help get a promotion. Needed one man to help get over a widowed husband. Bianca Velasquez knew she needed to get over the man who had been her husband. 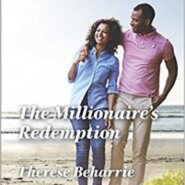 The Millionaire’s Redemption by Therese Beharrie: Deception, as long as no one gets hurt it’s okay, right? If you go into it eyes wide open than you can’t be shocked at the ending, right? Lilly Newman thought that was the case. She went into this craziness, pretending to date the […] 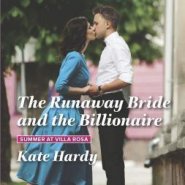 REVIEW: The Runaway Bride and the Billionaire by Kate Hardy

The Runaway Bride and the Billionaire (Summer at Villa Rosa) by Kate Hardy: How cliché, the second in command and the boss’ daughter. Unfortunately that was all it was. When Imogen Marlowe figured out her father’s second in command only wanted her because of her father to say she was not […] 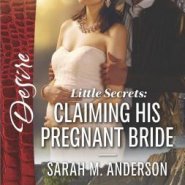 Claiming His Pregnant Bride by Sarah M. Anderson: Runaway bride? Runaway pregnant bride? Oh no, this is a recipe for disaster, but why does it seem like it’s calling you back? Kate Burroughs knew she was a mess. 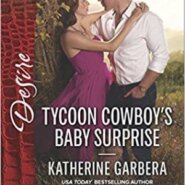 Tycoon Cowboy’s Baby Surprise by Katherine Garbera: Three years ago one of the most amazing weekends happened, then shortly after one of the worst phone calls of her life. Kinley Quentin knew coming back to her hometown was not the best idea for her or for her daughter. 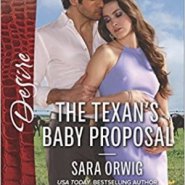 The Texan’s Baby Proposal by Sara Orwig: Newly single, a baby on the way and a dream of becoming a doctor – now how to make it all happen and on her own. Lara Seymour could do this. She kept telling herself that yes she could do it. 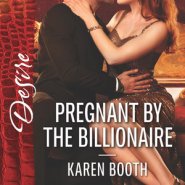 REVIEW: Pregnant by the Billionaire by Karen Booth

Pregnant by the Billionaire by Karen Booth: When you look across the room and you just know that the person you are looking at is the one you are going to be spending the night with you don’t ask a lot of questions. When they don’t call you, then you […]

The Boss’s Fake Fiancee by Susan Meier: Take a rich Spanish vintner, his mousy secretary, a wedding and throw in a meddling over protective grandmother not to mention more secrets than you can throw a stick at… what could possibly happen? 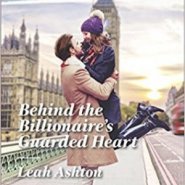 REVIEW: Behind the Billionaire’s Guarded Heart by Leah Ashton

Behind the Billionaire’s Guarded Heart by Leah Ashton: So many years, half of your life, with one man, so what do you do when he calls it quits? You pack up and move half way around the world, right? April Molyneux did just that. Now in London she has to find […] 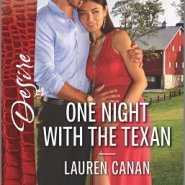 REVIEW: One Night with the Texan by Lauren Canan

One Night with the Texan by Lauren Canan: Too many drinks and a man too handsome, that can only spell trouble for a young lady getting ready to embark on a new journey. Tallie Finely knew she shouldn’t have had so much to drink. She shouldn’t have gone back to […]