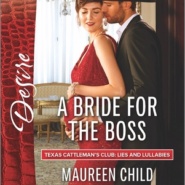 REVIEW: A Bride for the Boss by Maureen Child

A Bride for the Boss by Maureen Child: Mac’s gotten so used to his assistant Andi being around, that when she announces that she’s quitting, he doesn’t really believe she means it. Hoping she’ll change her mind during her two weeks of vacation prior to her quit date, he shows up […] 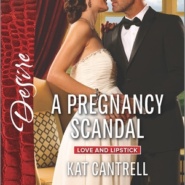 A Pregnancy Scandal by Kat Cantrell: After having a flirtation for weeks, Alex and Phillip give in to the parks for a one night stand. But their one night stand became a much larger commitment when four weeks later Alex discovers she’s pregnant. Phillip, a senator, has been looking for a […] 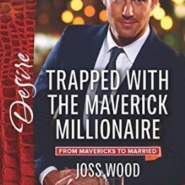 REVIEW: Trapped with the Maverick Millionaire by Joss Wood

Trapped with the Maverick Millionaire by Joss Wood: In this first story in the ‘From Mavericks to Married’ series, Mac and Rory have a history, but not one of being lovers. Instead, Mac used to date Rory’s sister and on the night he famously dumped her via an ‘oops, did the […] 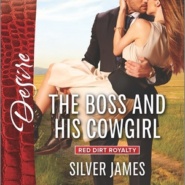 REVIEW: The Boss and His Cowgirl by Silver James

In The Boss and His Cowgirl by Silver James, US Senator Clay Barron finds himself attracted to his speech writer, Georgie Dreyfus, and the feeling is mutual. When a protest at one of his appearances winds up with Georgie being hurt, Clay swoops in to take care of her during […] 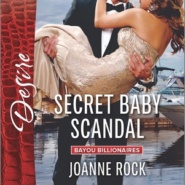 Secret Baby Scandal by Joanne Rock: Jean-Pierre and Tatiana’s families have been feuding for the past ten years, but when Tatiana accidentally makes a comment to the press about Jean-Pierre’s upcoming football game, to save the team from scandal Jean-Pierre lies that he and Tatiana are dating. But that’s […] 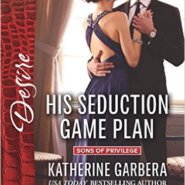 In His Seduction Game Plan by Katherine Garbera, ex-pro football player Hunter Caruthers is looking for answers. Ten years earlier in college, he and his best friend, Kingsley had been arrested for the murder of his girlfriend, Stacia. They were eventually released and never formally charged, but the case was […] 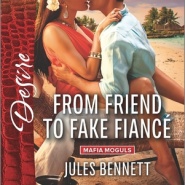 REVIEW: From Friend to Fake Fiance by Jules Bennett

From Friend to Fake Fianceby Jules Bennett: Jenna LeBlanc is in Bora Bora to attend her sisters wedding. The problem? Her cheating ex-boyfriend is the best man and will be there as well. He’s determined to get her back, but she wants nothing to do with him. So she recruits […] 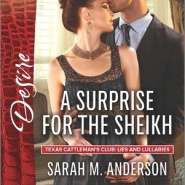 REVIEW: A Surprise for the Sheikh by Sarah M. Anderson

A Surprise for the Sheikh by Sarah M. Anderson: When you live in the past for so long it can take over your being and you can have problems seeing what is going on right in front of you. Violet McCallum knew when her parents died that her life had changed […] 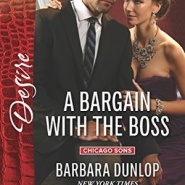 REVIEW: A Bargain with the Boss by Barbara Dunlop

A Bargain with the Boss by Barbara Dunlop: Is the future worth fighting for? Or should we just take the easy way out and keep up with what we’ve been doing? Amber Bowen was a girl from the wrong side of the tracks who had climbed her way up and wasn’t […] 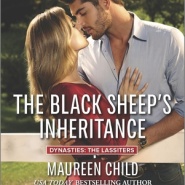 In The Black Sheep’s Inheritance by Maureen Child, Sage Lassiter is furious to find out that his adoptive father left a fortune to his private nurse and cheated his own daughter of her rightful inheritance.He is sure Colleen Falkner is not the angelic nurse who deserves what she got and […]