In The Bull Rider’s Keeper by Lynn Cahoon, Jesse Sullivan loves the rodeo life and is not afraid of any bulls nor any man. There is one thing he is afraid of though, to try and fail at something outside of the rodeo. But when his art teacher gives him […] 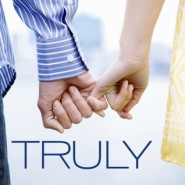 In Truly by Ruthie Knox, May Fredericks is having the worst bad day ever, she just dumped her NFL star boyfriend after a horrible proposal on live TV. Then she gets mugged in her least favorite place in New York. She just hates NY, so she decides to take her […] 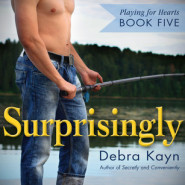 In Surprisingly by Debra Kayn, Crista Johnson and Bruce Coldwell have been best friends since the day her heel broke on the street and he carried her all the way to her destination. The fact that they both love sports and he is a world-class pro bass fisherman while she […] 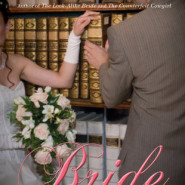 REVIEW: Bride by the Book by Kathryn Brocato

In Bride by the Book by Kathryn Brocato, Angelina Brownwood needs to get away from her current job and her father, aka her boss. He has been driving her crazy with all his claims of betrayal to the point that she cannot stand it anymore. So she will do what […] 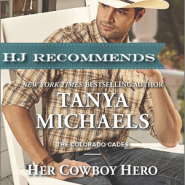 In Her Cowboy Hero by Tanya Michaels, Colin Cade has been running from his memories and the loss of his wife and child. So when he gets fired for supposedly having an affair with the boss’s wife, he needs to find another job before his family asks him to return […]

In The Texan’s Baby by Donna Alward, Lizzie Baron is the eldest child of Brock Baron, she has her sisters and a brother, plus two adopted brothers and a half-brother. While she may be the eldest and is currently the vice president at Baron Oil, her father wants her brother […]

In Daniel’s Decision by Nicole Flockton, Daniel Whitman has a plan to turn their hospitality retreat into a high-end eco friendly resort. But since his father and Adam just accepted the microbrewery Chad wanted, now they don’t believe that this is the best time for any more changes. And then […] 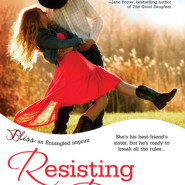 In Resisting the Rancher by Roxanne Snopek, Celia Gamble is in real big trouble. She has just opened her practice as a country veterinarian and is having a bit of a hard time getting people to bring in their animals to her. It takes time to build trust and a […]

In The Bull Rider’s Family by Leigh Duncan, Colt Judd is used to life on the road and being a bull rider. But now that his father has passed he needs to take over the reins of the ranch his father managed temporarily, until his brothers can take over. So […] 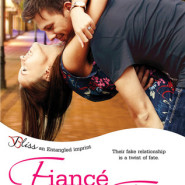 In Fiancé by Fate by Jennifer Shirk, Sabrina Cassidy is very logical in her life, except for her superstitious ways. She believes in horoscopes faithfully and in fate. So when her fiancé asks for a break, she keeps believing that they will get back together, because all the signs point […]