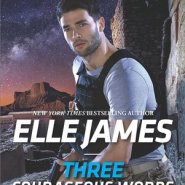 Three Courageous Words (Mission: Six #3) by Elle James: His mission is to get General Ibrahim Koku. “Buck” Graham Buckner and his SEAL team are in South Sudan to stop the warlord, Koku from stealing food and aid supplies that should be going to the refugee camps 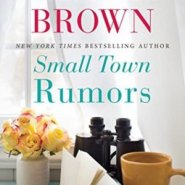 Small Town Rumors by Carolyn Brown: Jennie Sue Baker comes from a rich Texas oil family but she is returning home from New York City to Bloom, Texas after a disastrous marriage with next to nothing. She is also returning home with a new philosophy on life as an independent woman […] 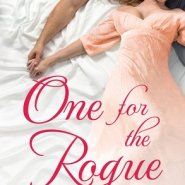 REVIEW: One for the Rogue by Manda Collins

One for the Rogue (Studies in Scandal #4) by Manda Collins: Aha! The “Battle of the Sexes” is alive and well in Regency England! It seems that Lord Cameron Lisle, well-regarded fossil hunter and geologist, is not quite ready to accept geologist Gemma Hastings as his peer. 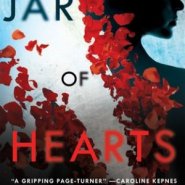 Jar of Hearts by Jennifer Hillier: For Georgina “Geo” Shaw being the youngest Vice President at Shipp Pharmaceuticals Company isn’t always easy but her mid-level six-figure salary and being engaged to the company owner’s son who also happens to be the company CEO makes life pretty darn good. 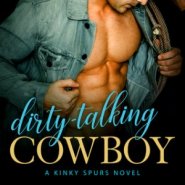 Dirty-Talking Cowboy (Kinky Spurs #1) by Stacey Kennedy: Kinky Spurs is the local hotspot in River Rock, Colorado. It’s Thursday night and the fun game is Rope ‘Em Up. The ladies volunteer to go on stage and get roped plus have their wrists tied. The first couple done wins. Newcomer Emma […] 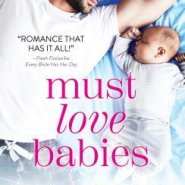 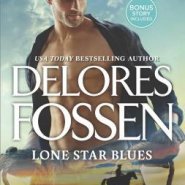 Lone Star Blues (Wrangler’s Creek #5) by Delores Fossen: There’s one thing for certain, none of the gals in Wrangler’s Creek would disagree, Dylan Granger’s thousand-watt smile sure made all the ladies swoon. Not that most of the eligible young ladies in town hadn’t had their own personal at-bat with […] 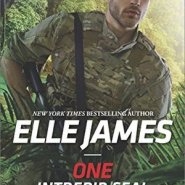 One Intrepid SEAL (Mission: Six #1) by Elle James: Sometimes a simple big game hunting trip in Africa doesn’t end up so simple. Certainly not when body guard, Reece Brantley and her charge end up in the hands of hostile rebels. This is not the best start to Reece’s new protection […] 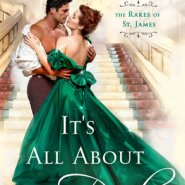 REVIEW: It’s All About the Duke by Amelia Grey

They were three young noblemen; drinking, gambling and mistresses were what their lives were all about. One night a wager was placed; how many of the twelve young ladies about to be presented for their first Season in London would agree to meet with a secret admirer? Whoever got the […] 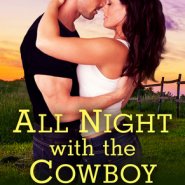 REVIEW: All Night with the Cowboy by Soraya Lane

All Night with the Cowboy (River Ranch #2) by Soraya Lane: It’s the PBR (Professional Bull Riders) World Finals in Las Vegas, Nevada. Last year’s champion Tanner Ford is about to slide down in the shute on the bull he was assigned. He was glad he got to ride Thunder Cat; […]