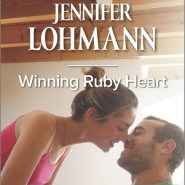 Winning Ruby Heart by Jennifer Lohmnann: Ruby Heart had been America’s darling. Young, white and privileged, not to mention sex on a stick. The problem was she knew it and was selfish enough to want that win at the cost of everything from her family to her reputation and once it […] 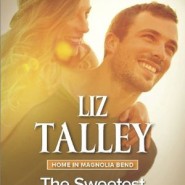 The Sweetest September by Liz Talley: Loneliness is a really awful feeling. Depressing and feeling the pain of desertion are almost worse. So what happens when you put all three together and mix in some alcohol? A really bad time in a bar’s bathroom and this time it looks like […] 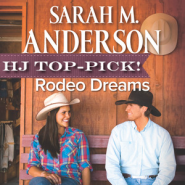 Rodeo Dreams by Sarah M. Anderson: June Spotted Elk knew the back of a bull was where she was meant to be. Not that it means anything to the cowboys all around her. She’s a threat to them – because if she’s as good as they are, they must be less […] 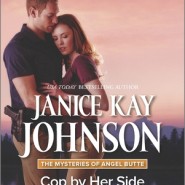 REVIEW: Cop By Her Side by Janice Kay Johnson

Cop By Her Side by Janice Kay Johnson: Jane Vahalik is a workaholic who loves her nieces like crazy. It seems like lately those are the only relationships she can get right. Her life as a cop keeps her busy and she seems to have a hard time believing she […] 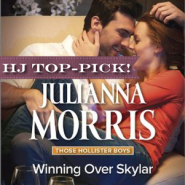 Winning over Skylar by Julianna Morris: It’s taken me a few days to write this review after completing “Winning over Skylar.” It was simply such a good book, a simple tale well told, that it took me a while to do it justice in writing. The main character is the Skylar […] 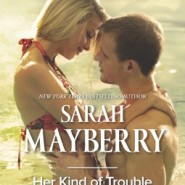 REVIEW: Her Kind of Trouble by Sarah Mayberry

Her Kind of Trouble by Sarah Mayberry: Starts ten years in the past, at a wedding. Specifically, the events around the wedding of Jodie Walker to Jason Anderson, which is where sister of the bride Vivian Walker meets and has a very hot limo encounter with the groom’s brother, Seth […] 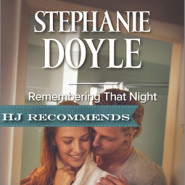 Remembering That Night by Stephanie Doyle: Greg Chalmers used to be a psychologist with a high success rate until one mistake cost him everything. After hitting rock bottom, he joined the Tyler Group and began working as a human lie detector. With his background as both a psychologist and his ability […] 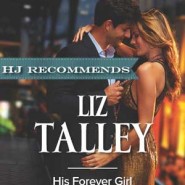 His Forever Girl by Liz Talley: Tess Ullo meet Graham Naquin in the local bar after he’s had a potentially life changing job interview. The chemistry between them is strong and immediate. Despite their best efforts to take it slow, they can’t help but give in the magic of the night […] 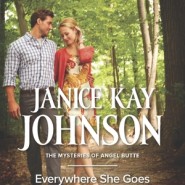 Everywhere She Goes by Janice Kay Johnson: Cait and men just don’t belong together, or at least that is her impression. She grew up with an angry, abusive, and alcoholic father; not to mention a brother who started to get angrier and more violent (though never at her) as he […] 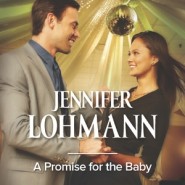 REVIEW: A Promise for the Baby by Jennifer Lohmann

A Promise for the Baby by Jennifer Lohmann: Vivian Yip’s life is complicated. It was complicated even before she decided to have a drink at a bar in the hotel for which she worked as a Vegas Dealer. She happens to sit next to a very handsome and fairly drunk man, […]