His Unexpected Twins by Carrie Nichols: One of those completely off limits rules right? Never mess with your best friend’s brother…. Unless she is pushing him at you, right? Ellie Harding didn’t really want to want him, so what if she had since she was young. After fighting cancer she wasn’t […] 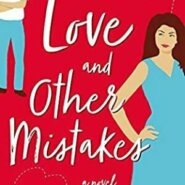 REVIEW: Love and Other Mistakes by Jessica Kate

In Love and Other Mistakes by Jessica Kate, seven years after her fiancé left town ten days before their wedding, taking her dreams with him, Natalie runs into Jeremy, who goes by Jem, in town with his nine-month-old baby. She wants nothing to do with him, but she needs a […] 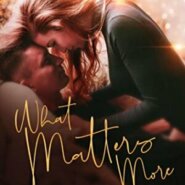 In What Matters More by Liora Blake, JT Maxwell is a US Marshall, divorced, and living in his parents’ basement. When Anya Alves follows him out of a bar and proposes a one-night stand, he thinks she’s joking. Only she’s not. Anya is an artist and is in a funk, […] 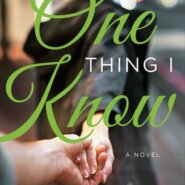 REVIEW: One Thing I Know by Kara Isaac

In One Thing I Know by Kara Isaac, Rachel Somers and her aunt, Donna, have America fooled. Donna is considered the #1 relationship coach, but it’s actually Rachel who wrote the books and calls into radio programs. Donna is the face of it all. Now Rachel is having writer’s block, […] Strawberry Hill by Catherine Anderson is the story of Slade Wilder and Vickie, a woman he had been in love with over forty years ago. Vickie returns with a secret, and she’s looking to come clean and see if it’s possible to start again. It’s also about Slade’s niece, Erin, […] 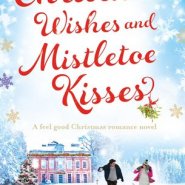 In Christmas Wishes and Mistletoe Kisses by Jenny Hale, single mother and nurse Abbey Fuller has dreams of becoming an interior decorator. One of her patients talks her wealthy grandson, Nick Sinclair, into hiring Abbey to decorate his mansion. Nick is a workaholic, and his house doesn’t even look lived […] 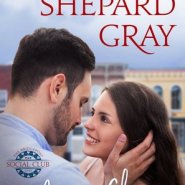 In Take a Chance by Shelley Shepard Gray, Kurt Holland has moved his younger brother, Sam, to Bridgeport, Ohio with the hopes he’ll have a better chance to get into a good college if he goes to a better high school. When Sam gets in trouble for standing up for […] 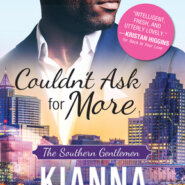 Couldn’t Ask for More by Kianna Alexander is the second book in the Brothers of Theta Delta Theta but it can be read as a standalone. Bryan James’s father is pressuring him to bring in a large account to their textile company. Alexis Devers, sister to one of his frat […]